Over the past few years I've always been on the hunt for Christmas lights around neighborhoods.  Every year I always seem to take new people trying to perpetuate the feel of the Christmas spirit through going to see Christmas lights.

It's not your ordinary Honolulu Downtown Christmas light show.  I like to take in the views created by everyday people trying to stand out and be creative with their own homes.  Two homes had lights synchronized to the music!  It was amazing!  The usual happened at Hanapa'a St.  This year was a little dumbed down though... they didn't go all out like the past years... hopefully they put up the rest of the decorations before Christmas ends.  The houses in Kaneohe near Castle high school had their usual stuff up.  If anyone has anywhere special they'd like to share please let me know!  Would love to check it out before the year ends!  Merry Christmas! 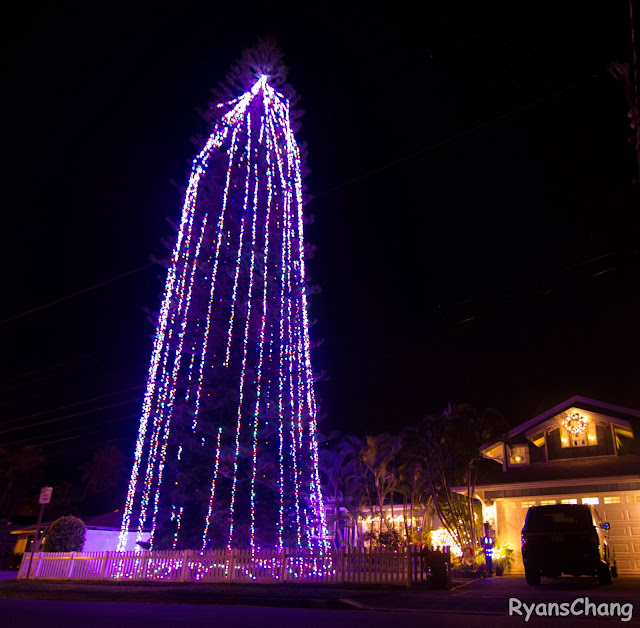 You'd be able to see this tree from miles away.  They decorate their tree every year in Kahala.

One of the more impressive displays which often gets overlooked.  This display is in one of the valley's in East Honolulu. 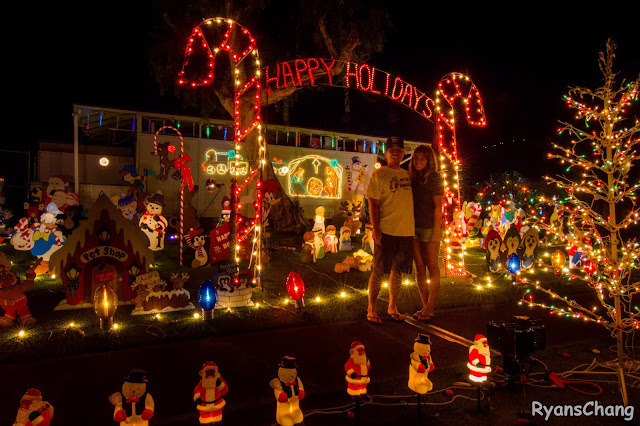 Katie accompanied me this year.  She was impressed with the Christmas spirit people have here. 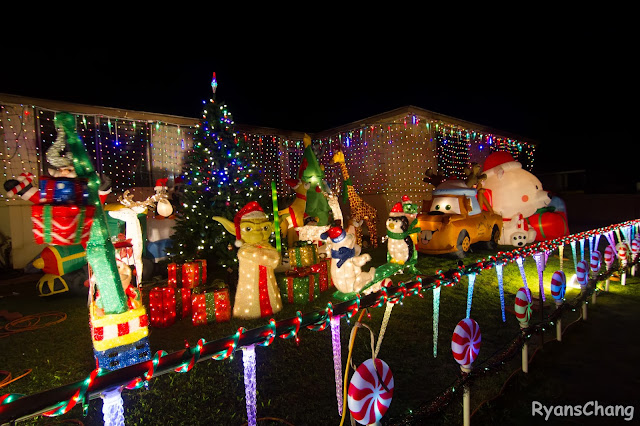 Several houses behind the mall in Kaneohe had inflatables and lights adorning their yard. 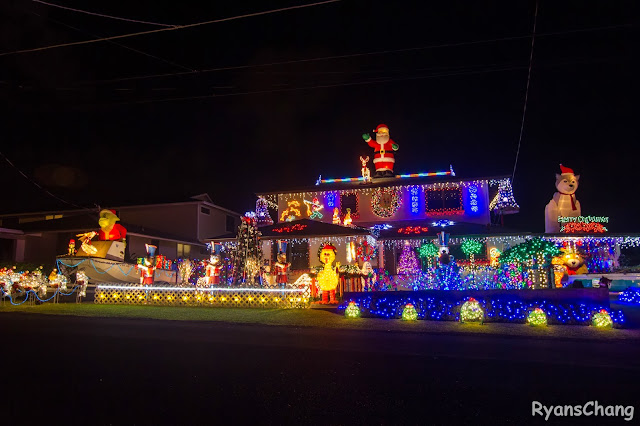 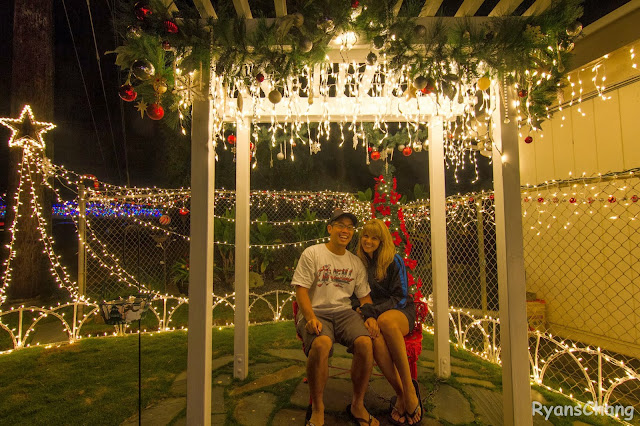 People let us on their property to take a picture in their gazebo.  Such aloha spirit in the community! 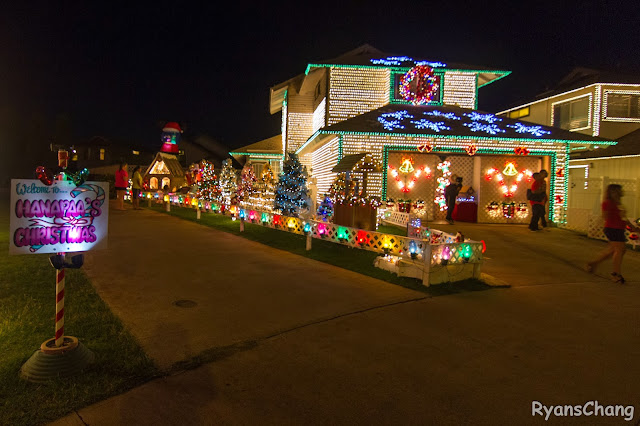 The next few shots were on Hanapaa St. in Kapolei! 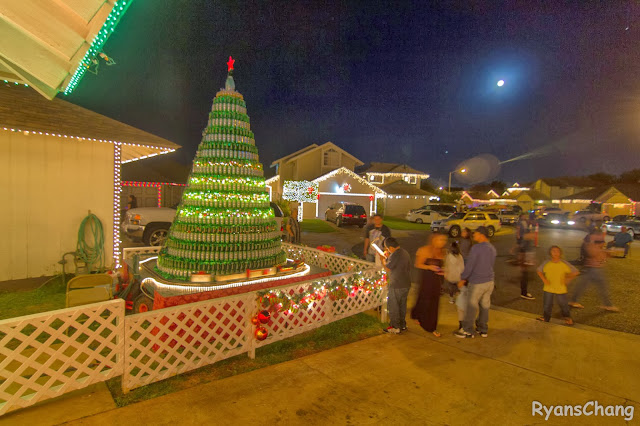 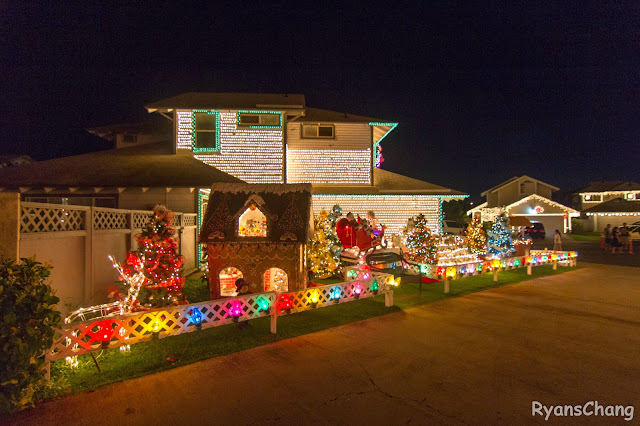 The same house with the Heineken tree had a driveway down the length of the house adorned with Christmas decorations. 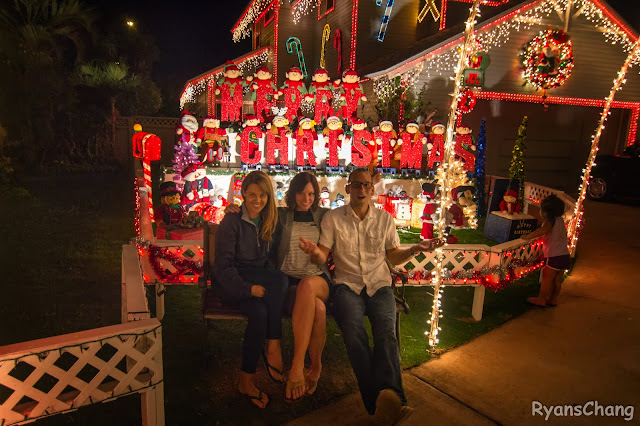 The other half of the driveway looked like this! 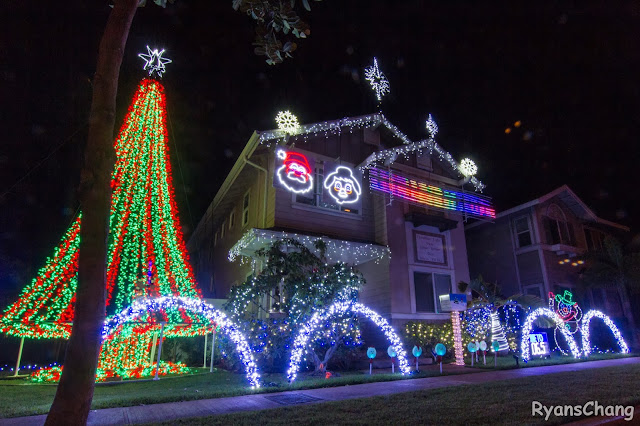 This was probably my favorite decorated house.  It had music and a station to tune into to listen to.  Cars were stopped on the road just to watch.  We were there for a good half hour! 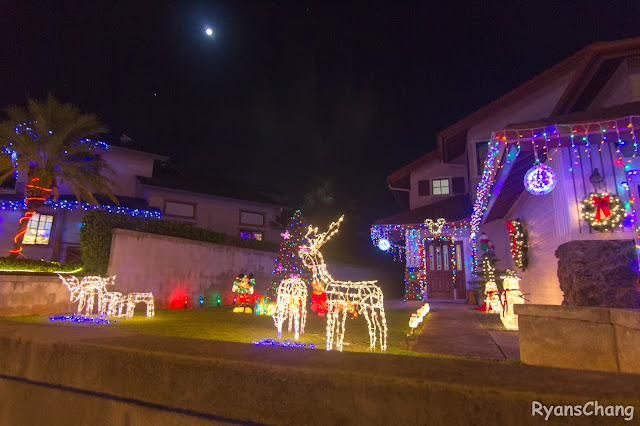 There is a street in Waikele just like the one in Kaneohe.  I think next year if they keep it up they might be one of the more popular streets. 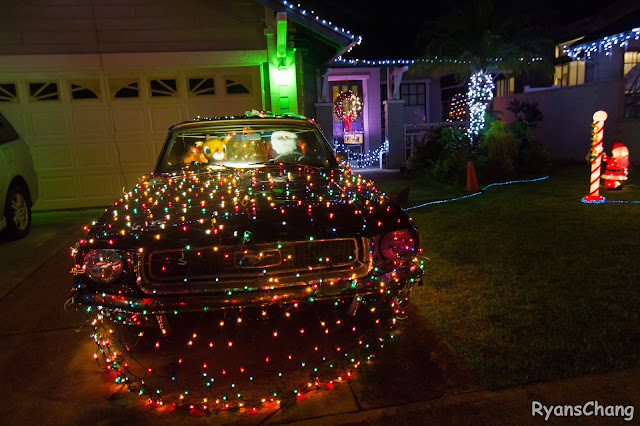 This one is pretty original.  A fully lit up mustang with santa and rudolph in it! 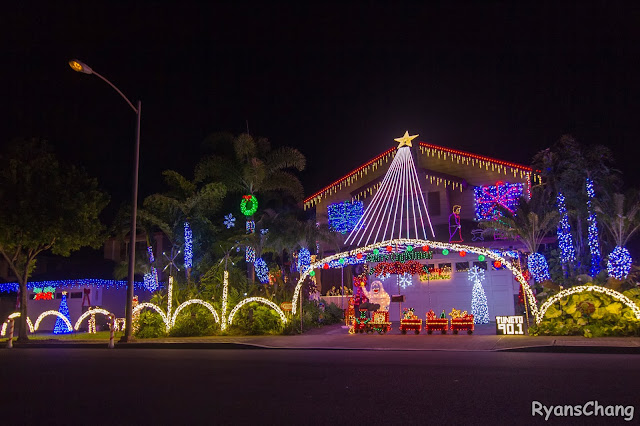