We headed to Yosemite National Park after spending a few days in Mammoth.  We took the Tioga pass entrance into the park which is usually closed during the winter and spring time because of snow.  The drive up was beautiful passing huge granite walls and kettle and tarns (lakes formed during glaciation).  The first thing was to check into our camp site and set up.

We had reserved permits for tent camping in Tuolmne meadows months in advance.  We checked in and gave us camp site "G" at first.  We had heard from previous people that camped there to try and get an "A" camp site.  Unfortunately we wasted some time setting up and breaking down our camp site and finally settling in at an "A" camp site.  Even though it was crowded there, we had a big stream to hang out by and much better scenery.  I highly suggest getting an "A" campsite over others.

After setting up we enjoyed checking out the river and going over to Tenaya Lake to fish a little.  At sunset we hung out at Olmstead point for pictures.  The sunset colors on half dome were a cool pink color.  That night was the only night we cooked for dinner.  We made a camp fire and ate all kinds of foods.  We hit the bed early because the next day we were hiking all over!

Katie decided that she wanted to hike the North Dome trail.  We all piled in the car with our lunches and gear we needed.  We drove about forty five minutes to Porcupine Creek where the trail head was.  The trail quickly drops down with a paved path to a wooded area.  We saw plenty of squirrels and deer.  The trail winds around for about three miles in a wooded area and then comes to an opening with some granite rock to an overlook.  We hung out there for a bit and made our way to the end of the North Dome hike.  At the end we were sitting on a dome of granite over looking Yosemite Valley.  We could see half dome right across from us begging to get it's picture taken.  More squirrels came around and begged for some food.  It was a great place to have lunch.

After about an hour we left and took a side trail to Indian Rock.  It's an arch that's found no where else in Yosemite Park.  It was also the only place where everyone had cell reception!  After visiting the arch we decided to drive to Tuolmne grove since it was still early in the afternoon.  I really wanted to see Giant Sequioa but come to find out it wasn't the best place to view them.  I highly suggesting visiting Mariposa Grove and skip going to Tuolmne Grove.

That night we were so tired that we just wanted to eat shower and sleep.  We went down into Yosemite Valley, we heard there were warm showers for a fee.  At Curry Village there were hot showers with towels for $5 a person.  Even though it cost money I felt so good taking a shower after hiking all day.  We ate at the cafeteria that night and headed back to our home in Tuolmne meadows.  The drive back was really long because you drive along a cliff side with no street lights.  Driving cautiously is a must! 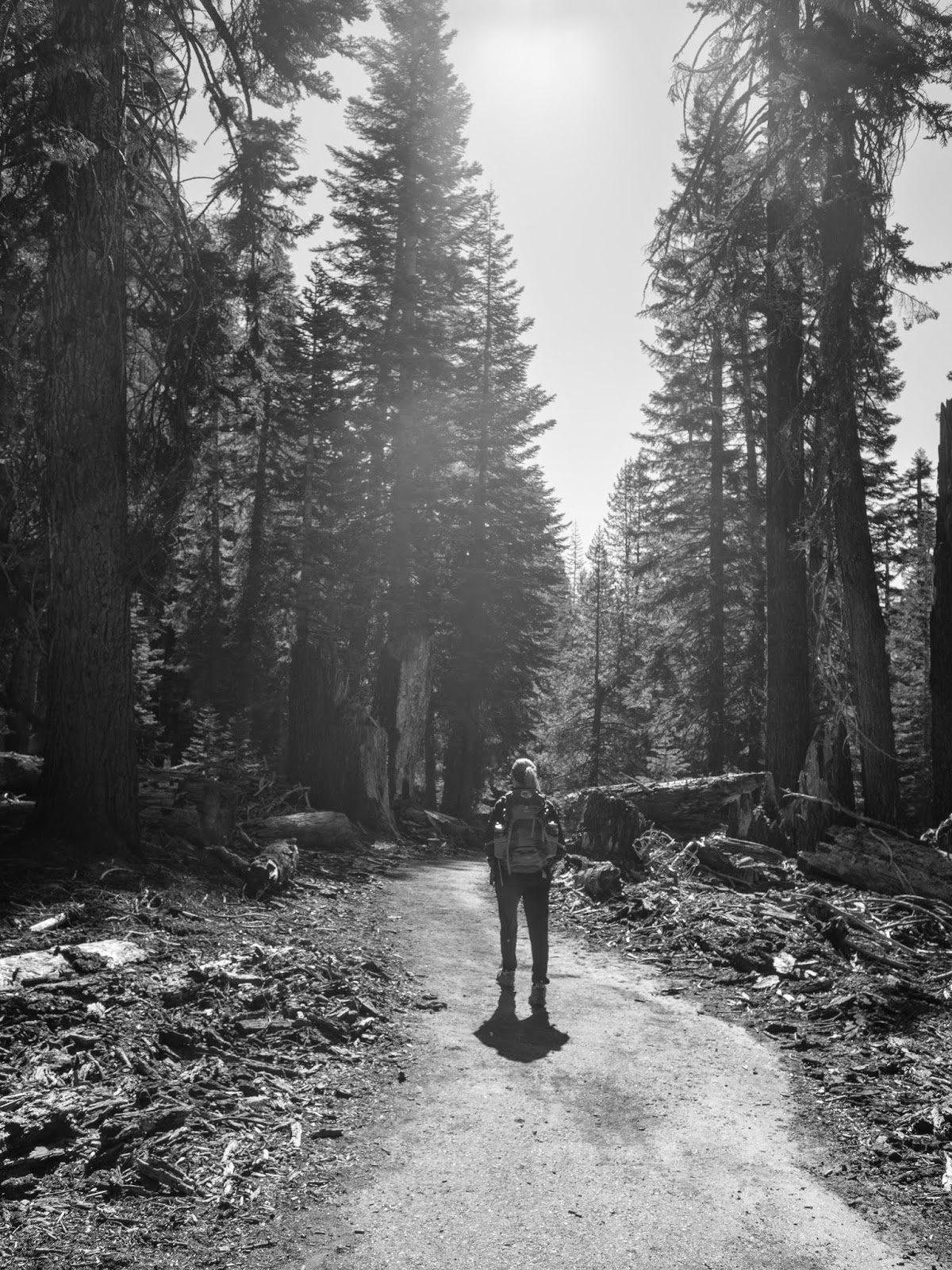 Katie starting her trek through the woods to North Dome. 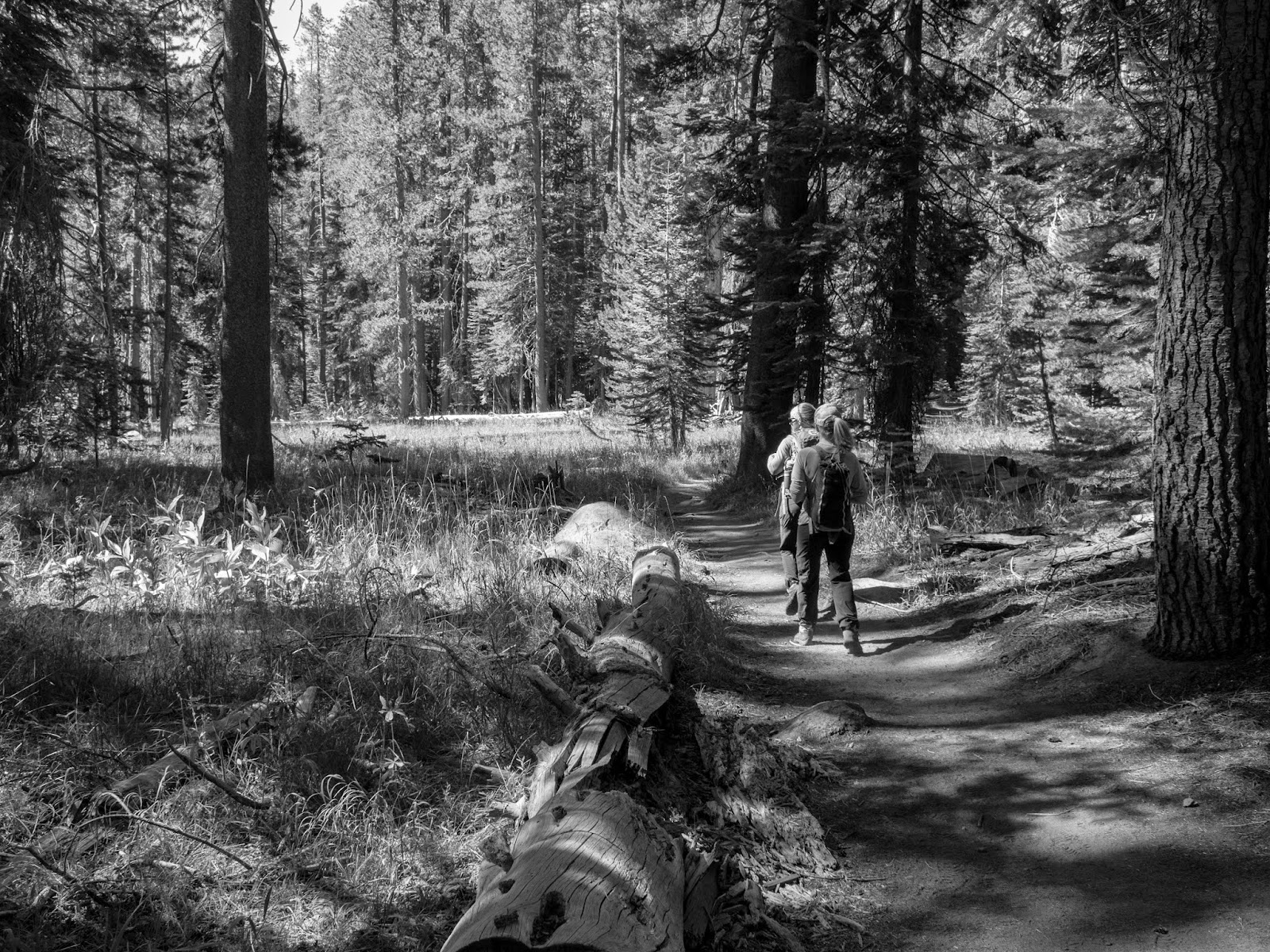 The woody grassy area thinned out and granite and sand took over. 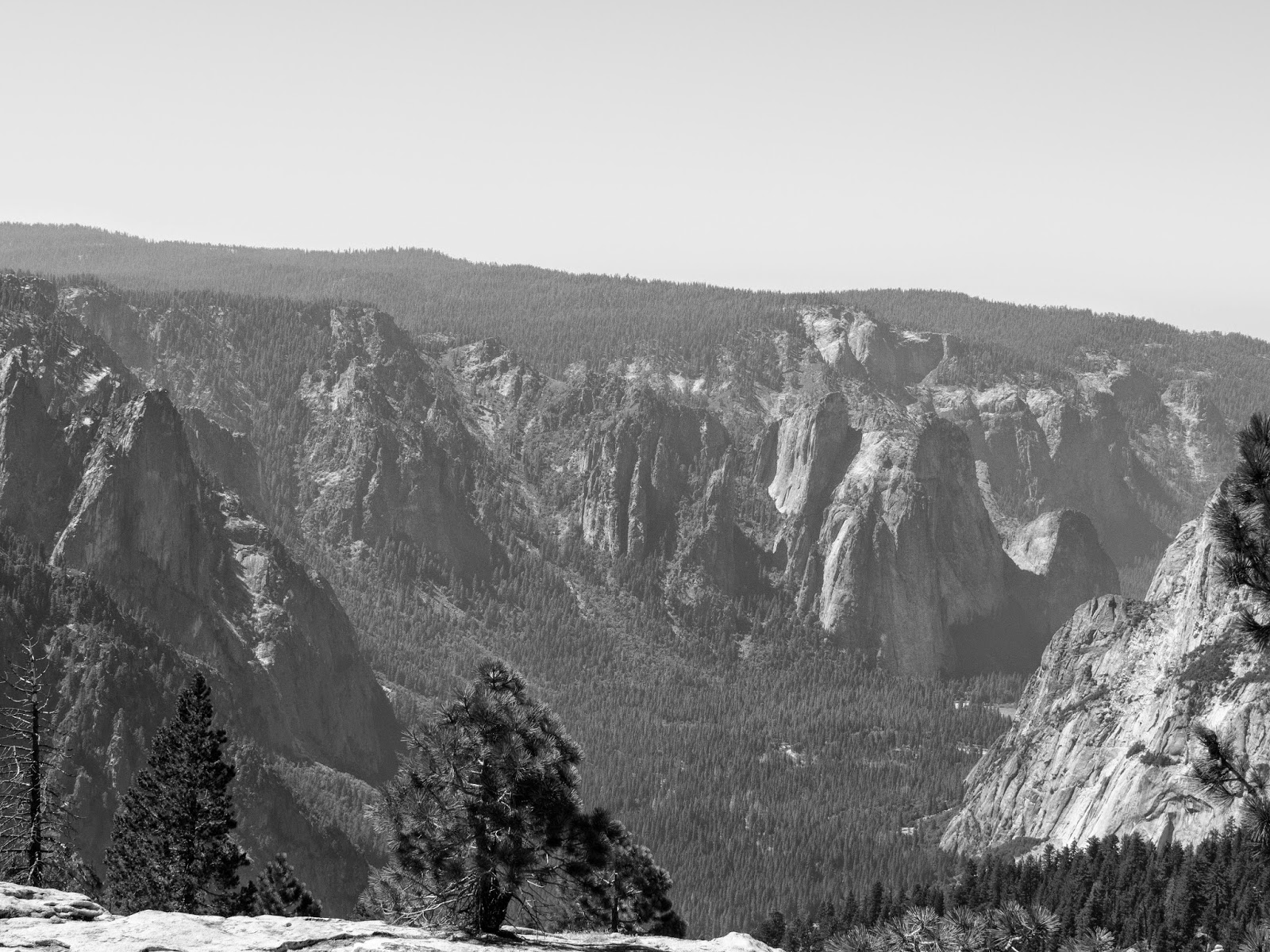 Looking down into Yosemite Valley. 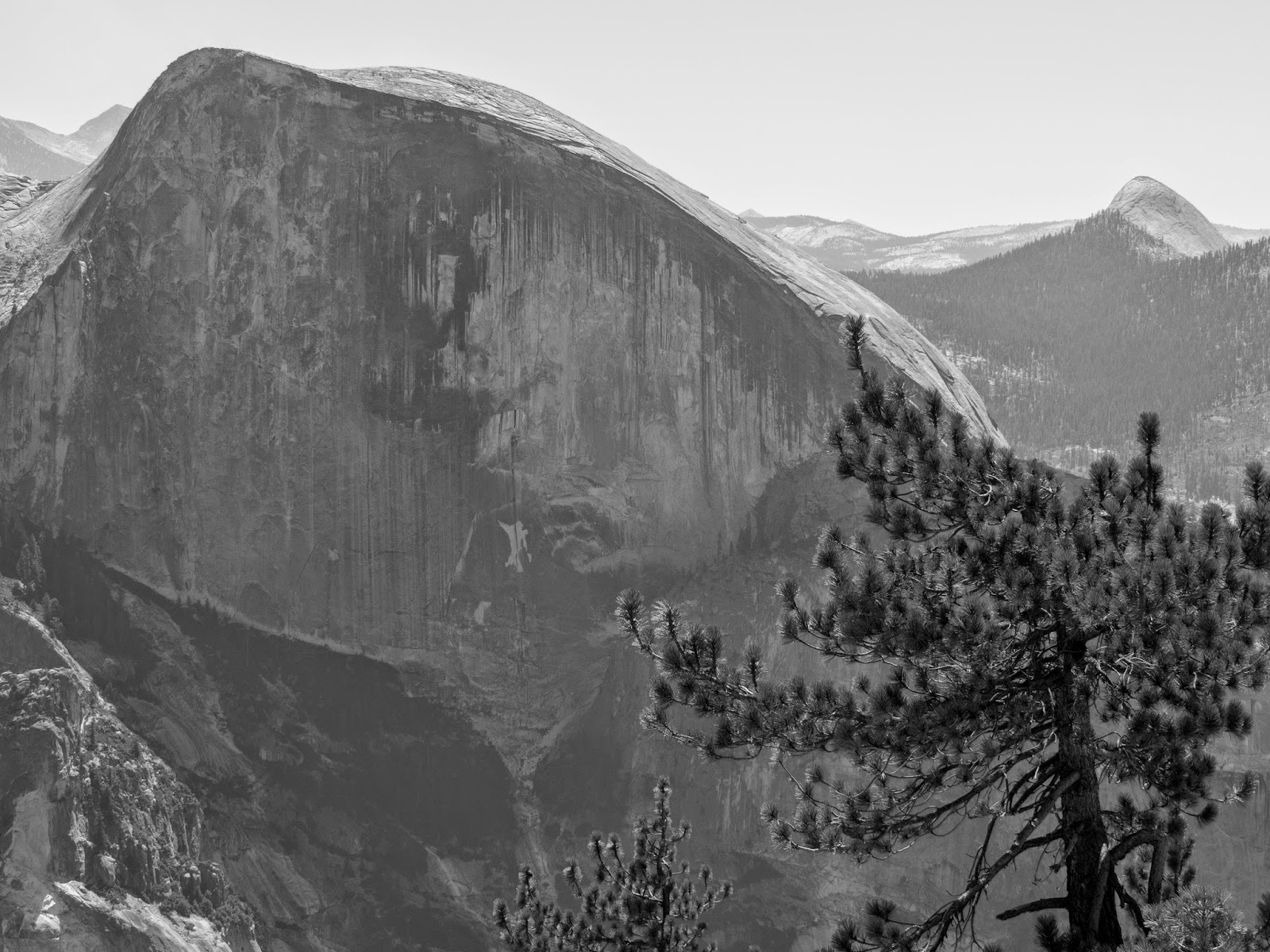 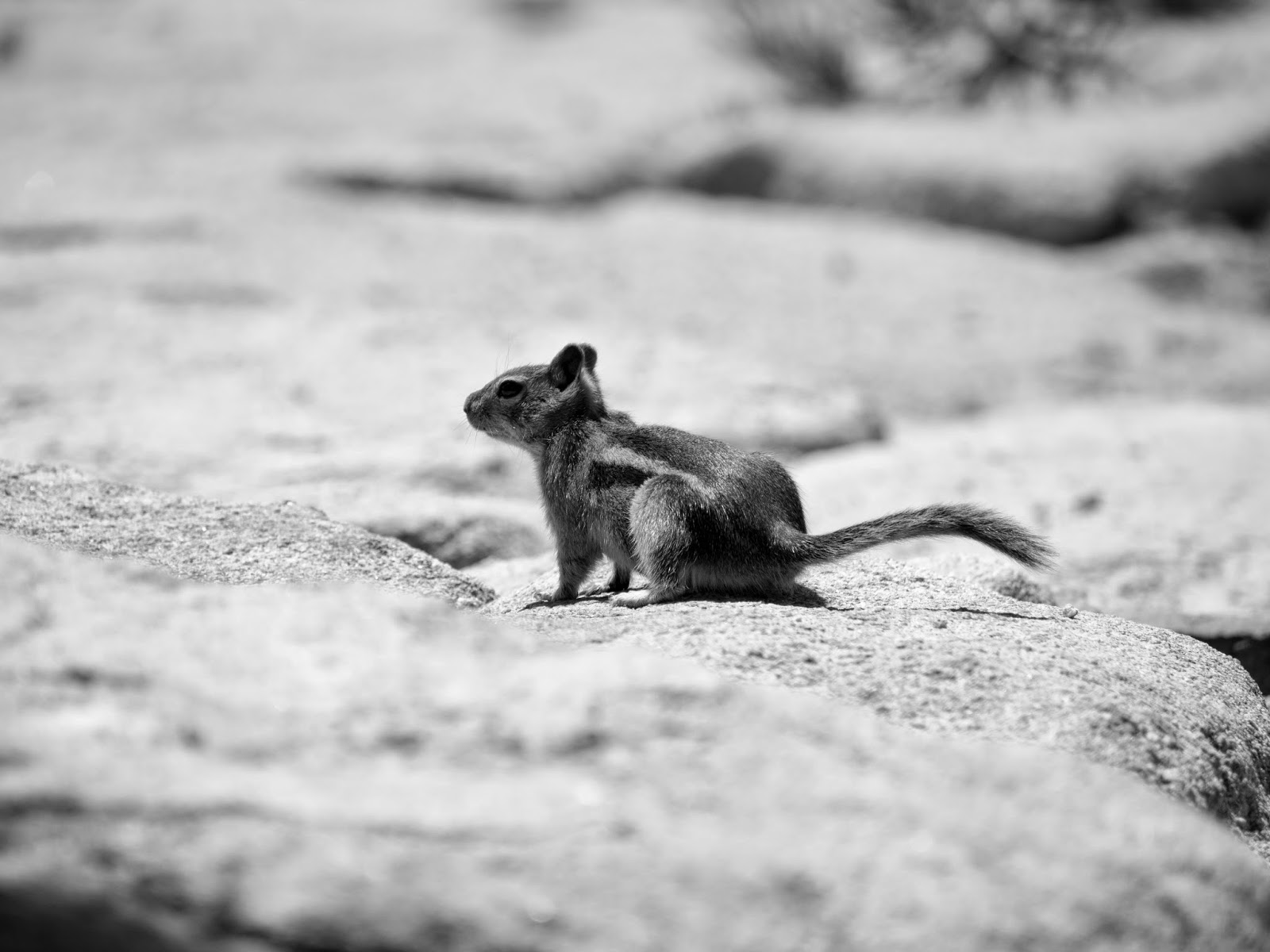 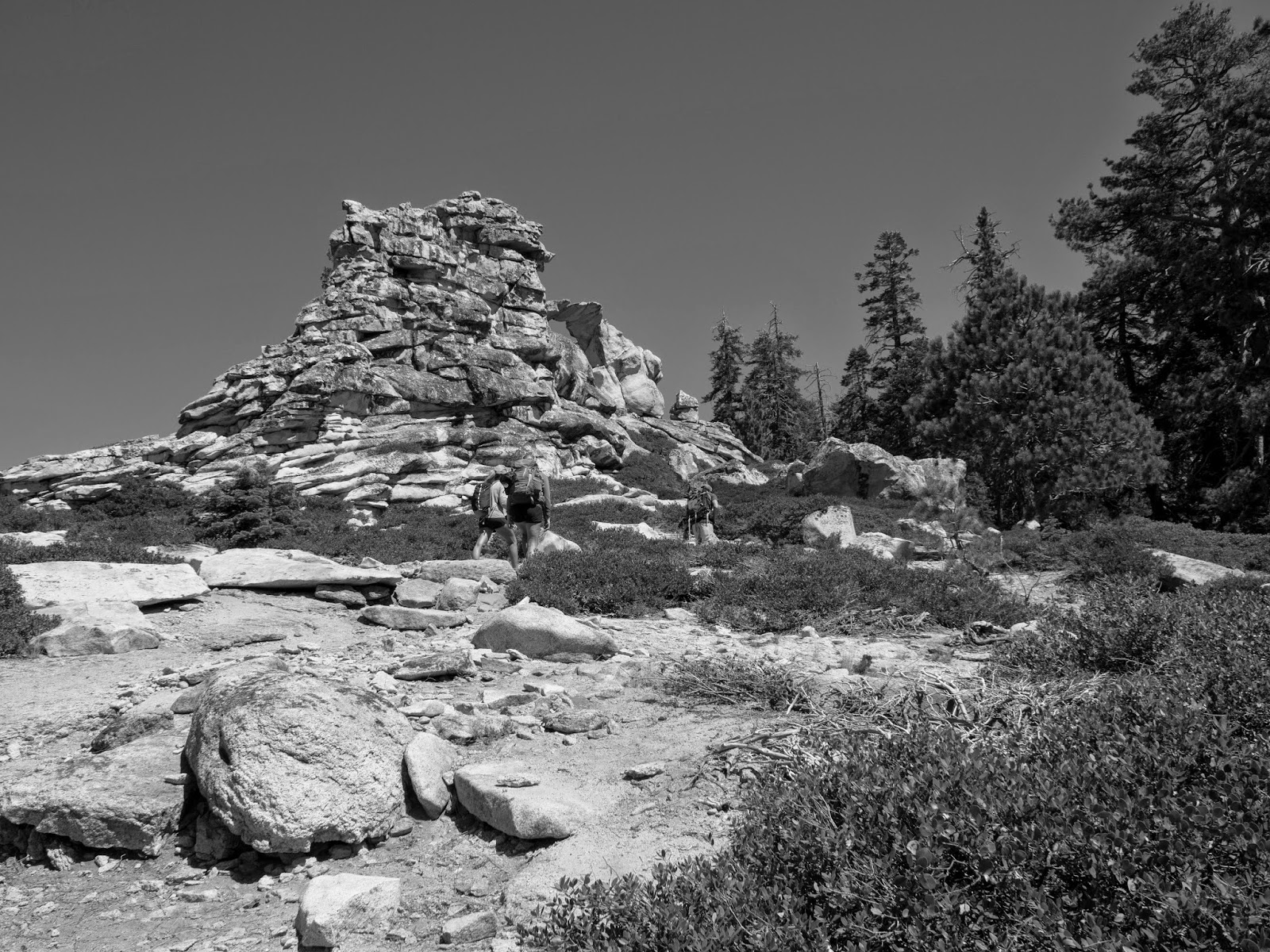 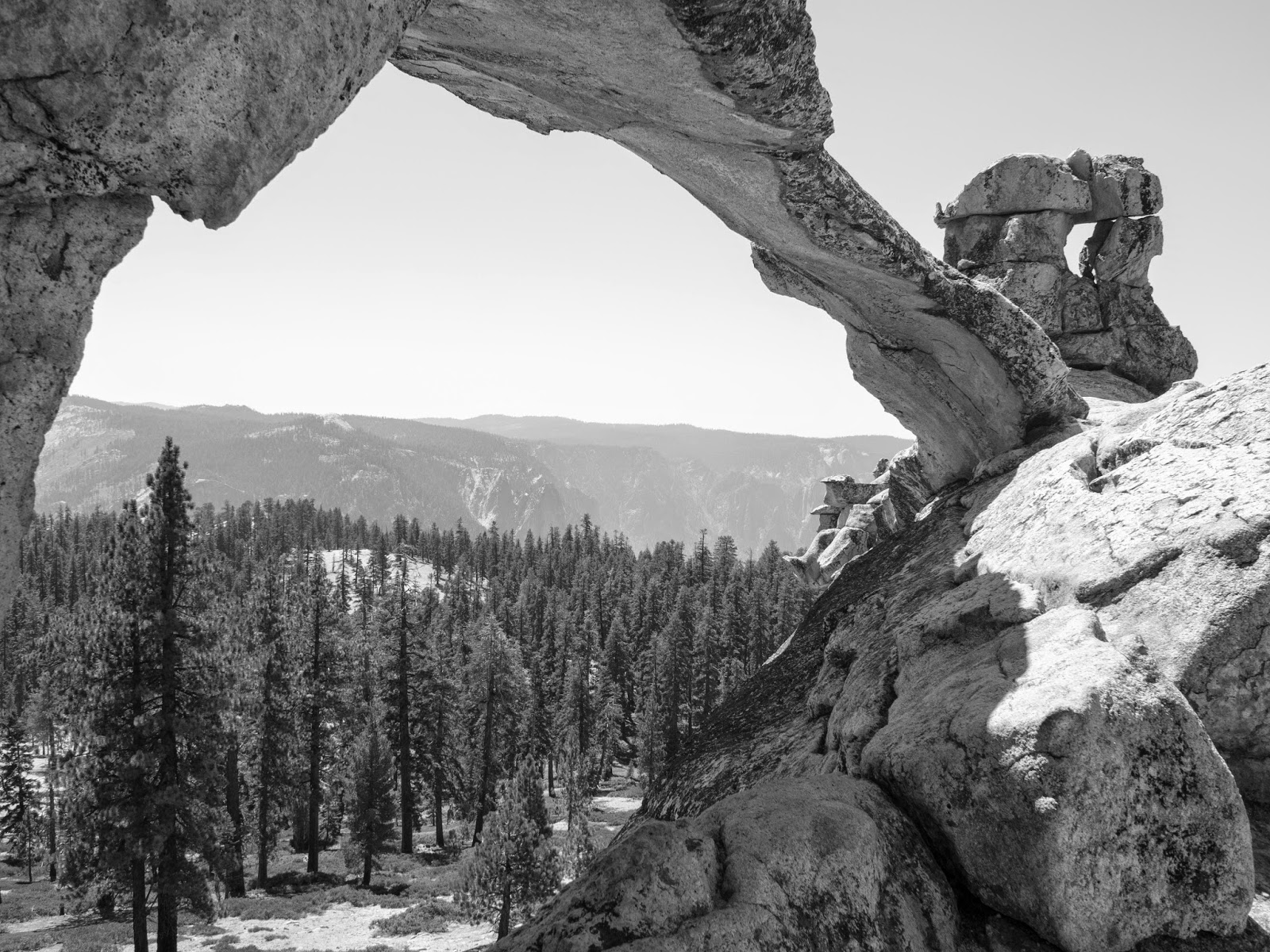 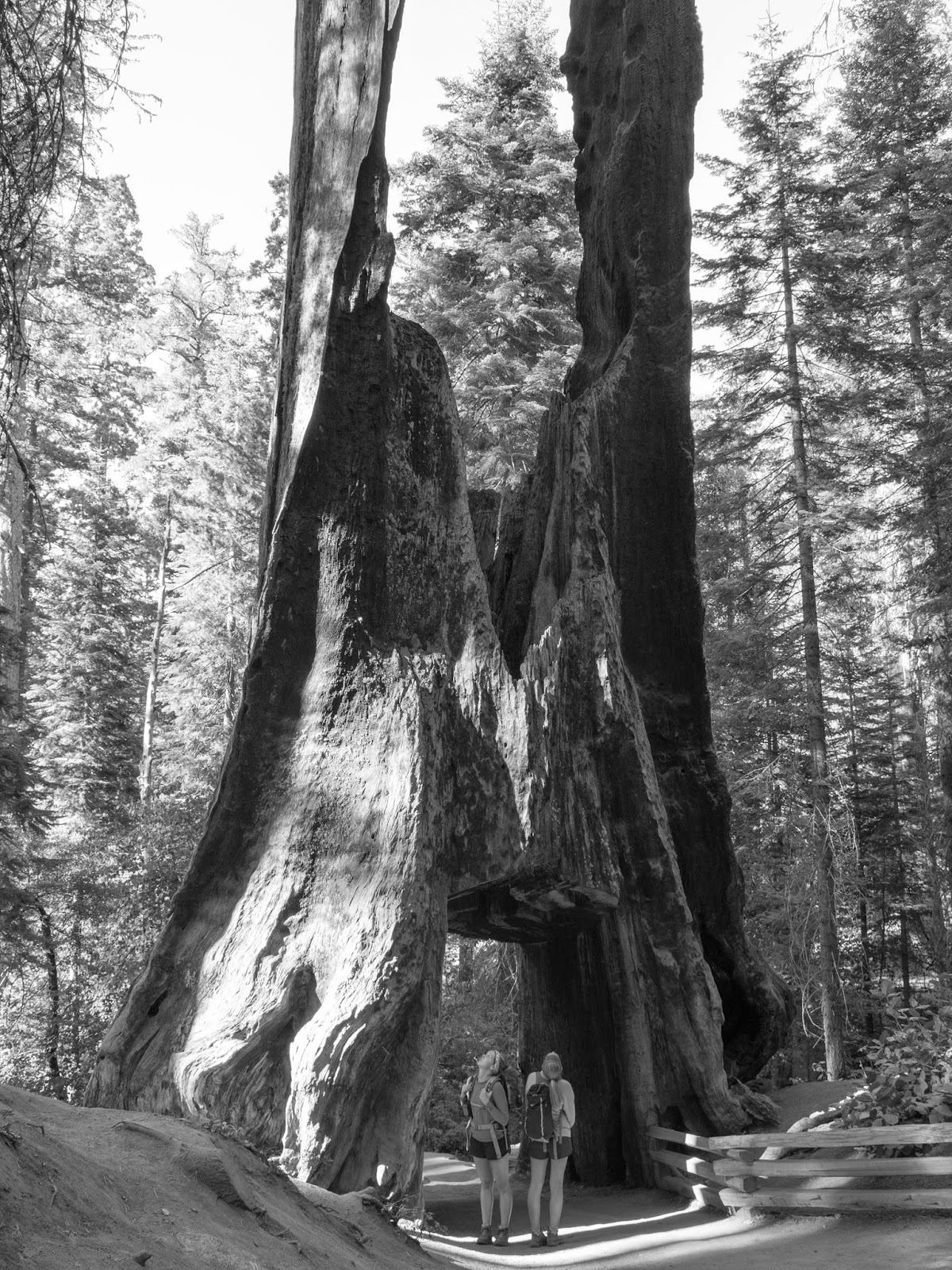 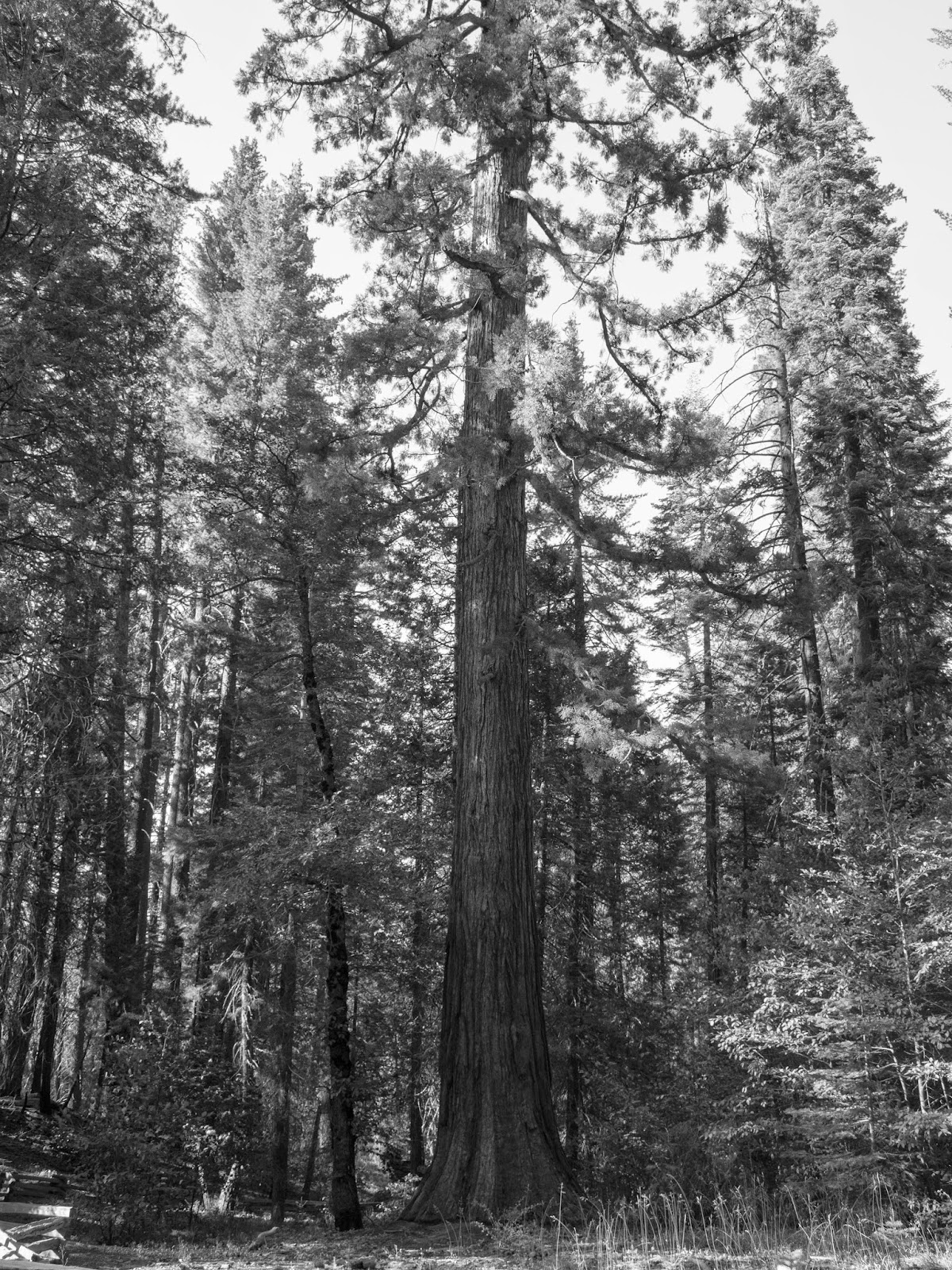 These trees lived up to it's name, Giant Sequoia. 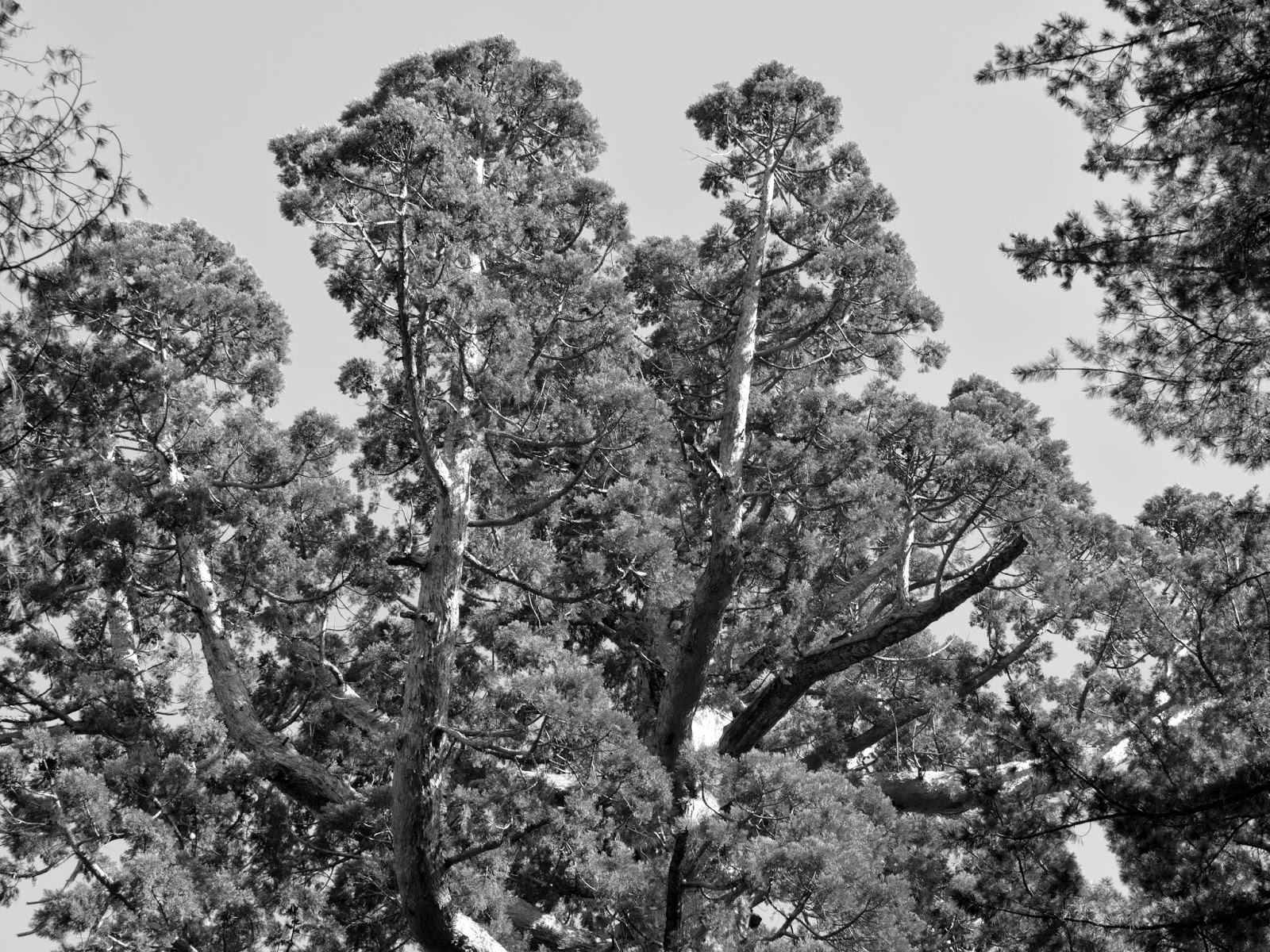 The tops of the Giant Sequioa. 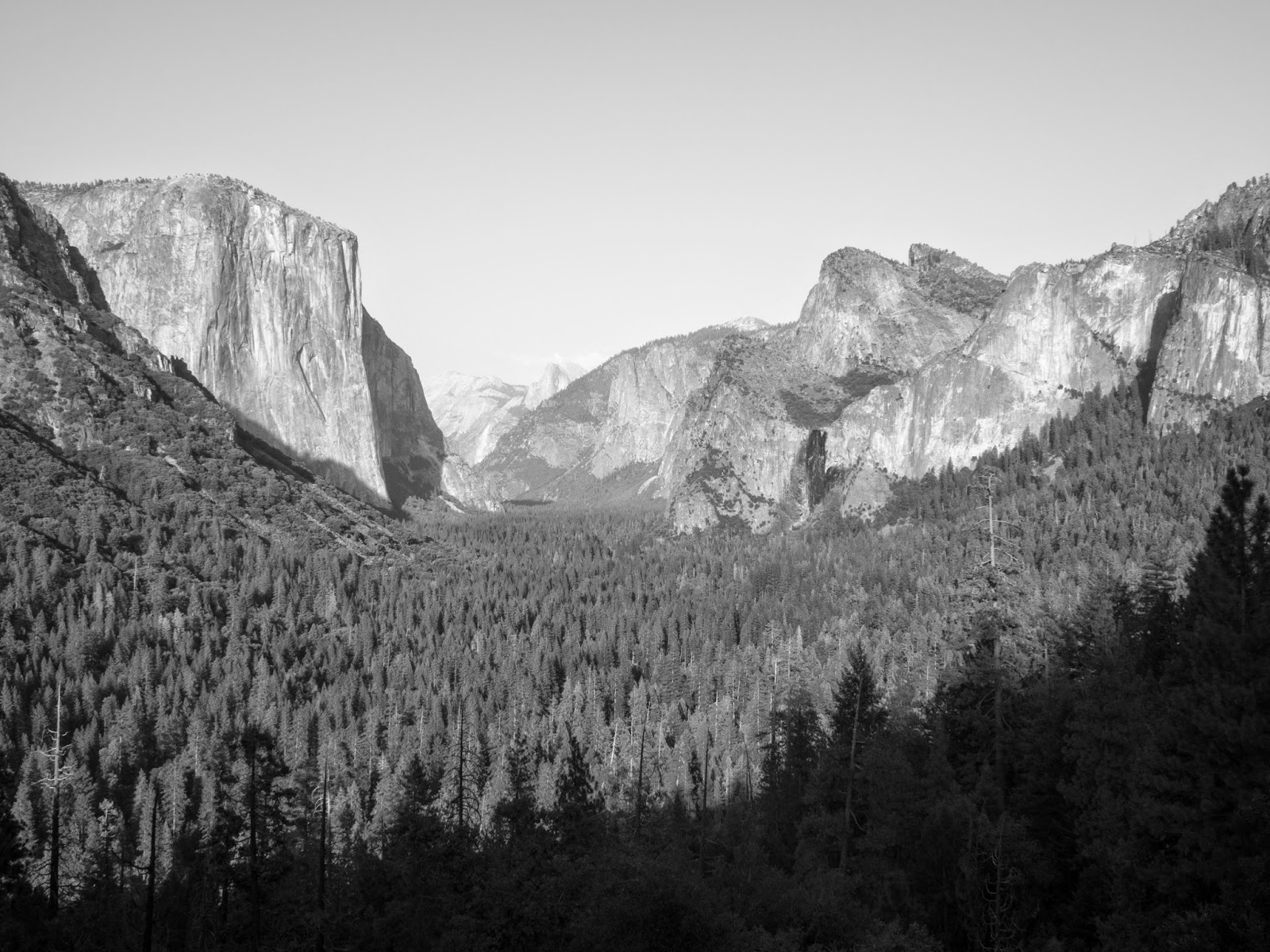 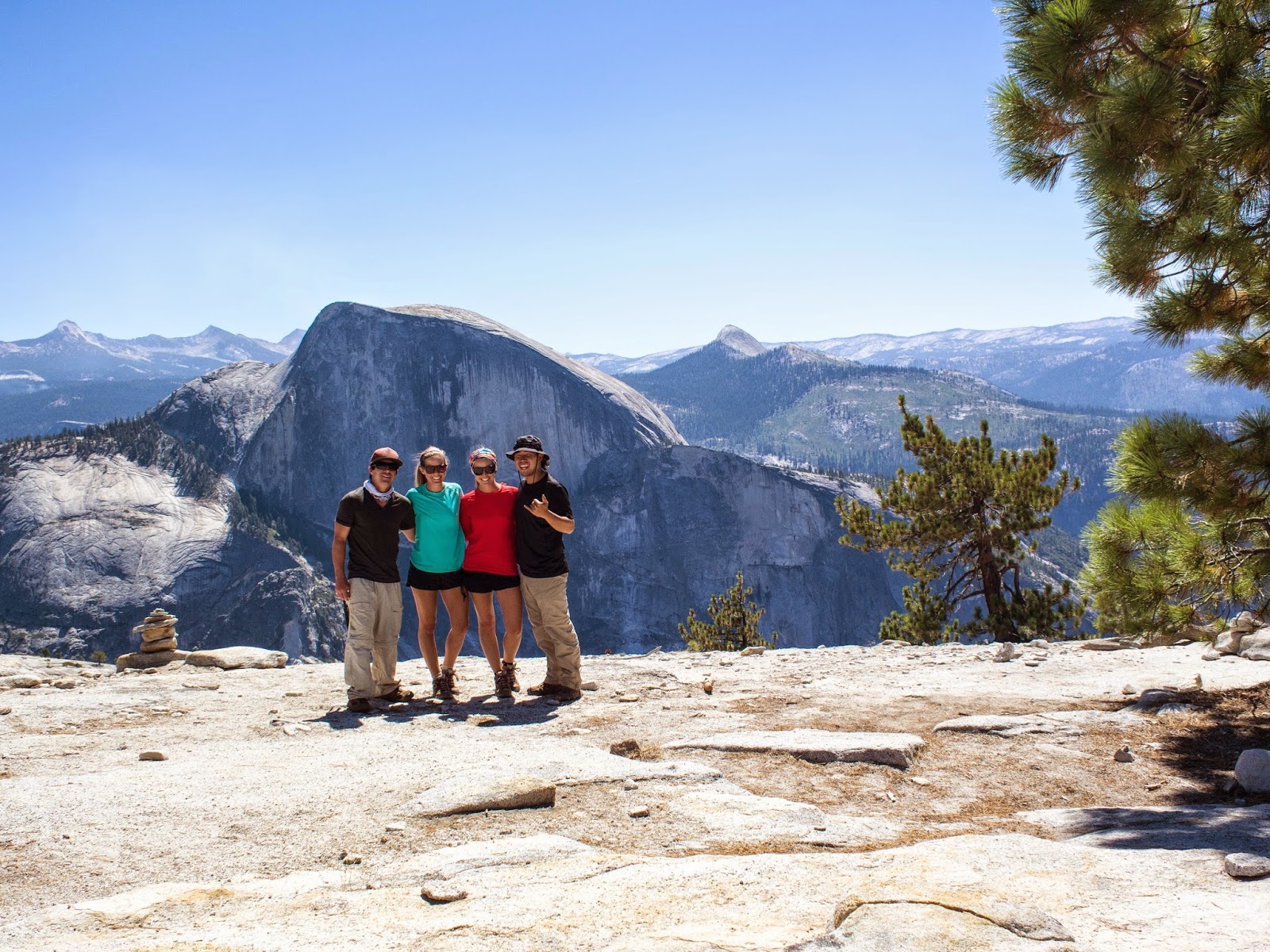 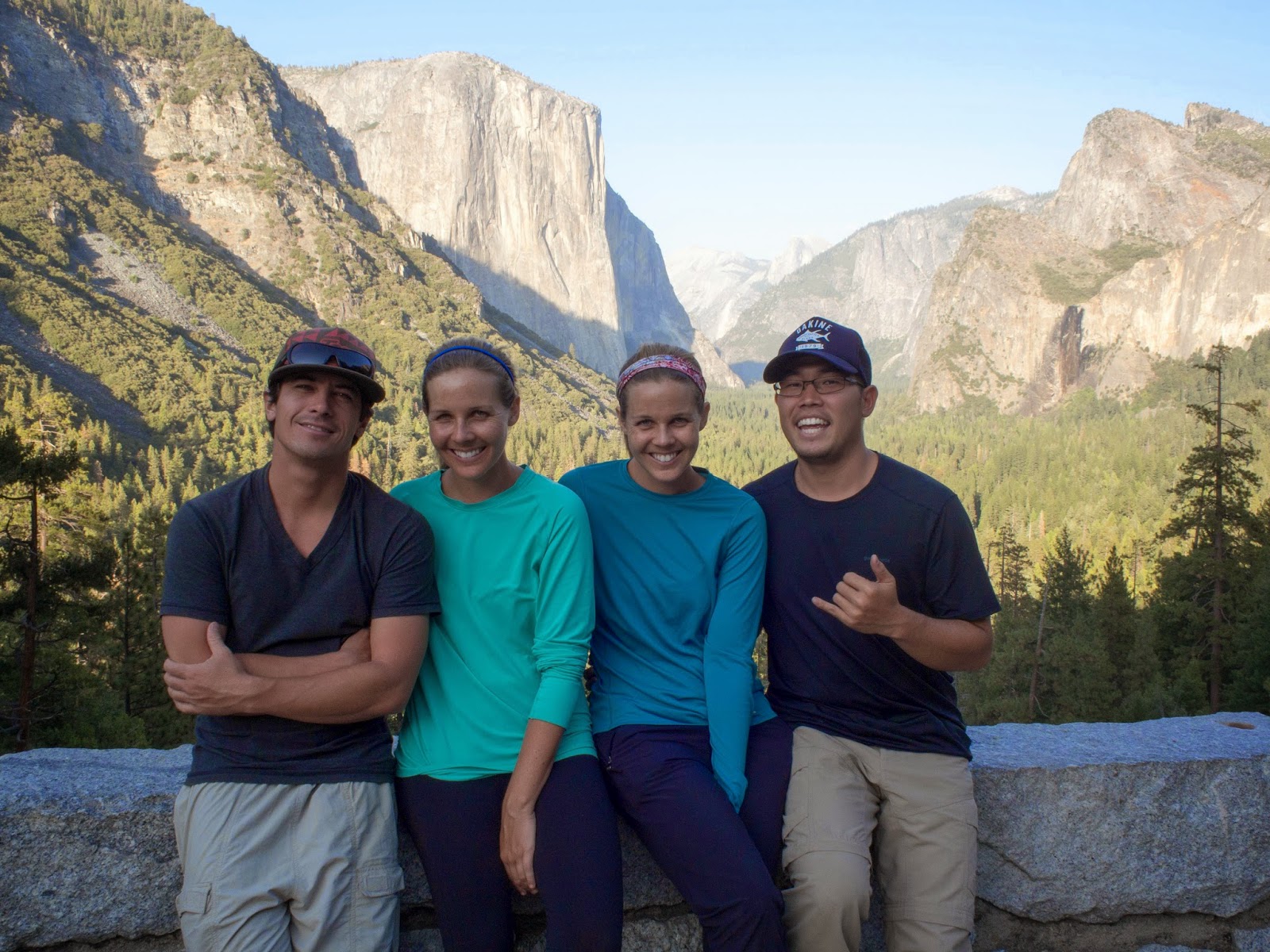 Yosemite North Dome from Ryan Chang on Vimeo.
Posted by Ryan's Chang at 10:13 AM