The day before Katie and I took a short hike through the Old Pali road to a waterfall.  The next day we hiked again with Cory.  Dave suggested we do a short waterfall hike during the week, he was itching to get back on Hawaii trails for he had done the entire John Miur trail this past summer.  Aaron and Lynne also tagged along from waterfall to ridge trail.

We started off around 9.  I had been having the hiking bug for weeks because of summer I didn't hike too much.  Plus surf was flat so there was nothing better to do than to go hike.  We blasted the valley trail to the waterfall where we chilled for a few minutes.  Then made our way ascending the waterfalls and eventually hopping onto a spur ridge to the summit.

Slowly we made our way up the spur ridge chilling at every big Koa tree on the way to the summit.  From what I can remember it was a hot trade wind kind of day.  I was glad the trades were blowing because it wasn't overcast.  The sun was blazing down on us and we are trampling through the trail that hadn't been cut or cleared in a while.  When we reached the summit we had a quick bite and made our way left on the Ko'olau Ridge Trail.

I was excited because right after the summit we had to make our way across some narrow rock sections.  I took out my Gopro and started shooting away.  It's not as bad as the Gopro portrays this part of the trail but it is still dangerous, one slip up could send you plummeting down the windward side of the mountain.

After about 30 minutes on the ridge trail we found our ridge heading down.  We pretty much ran down this trail, or so it seemed like because we were talking about Dave's adventures on the John Miur trail.  One day I wouldn't mind doing that trail!  If only I had a month vacation!

We hit our cars around 2 ish.  The rest of the gang hit up a food spot while Katie and I had other plans that night.  We had to get ready for a Mysteries of Honolulu tour!  More on that in a late blog! 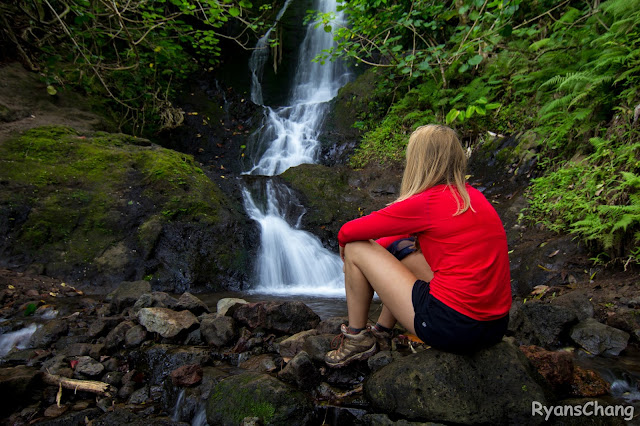 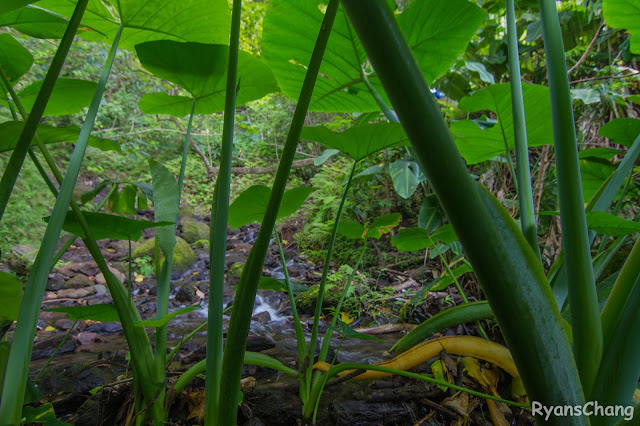 Chillin under some Kalo 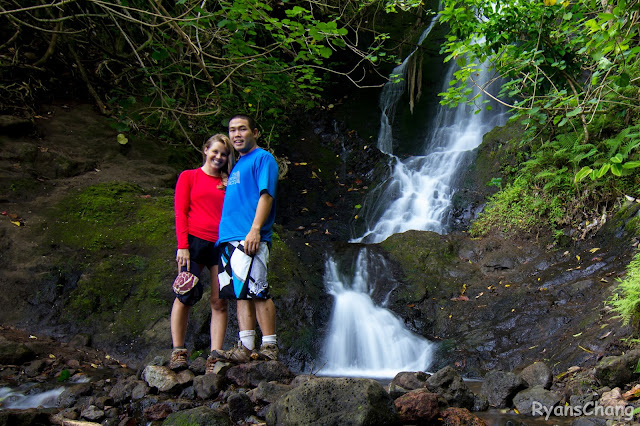 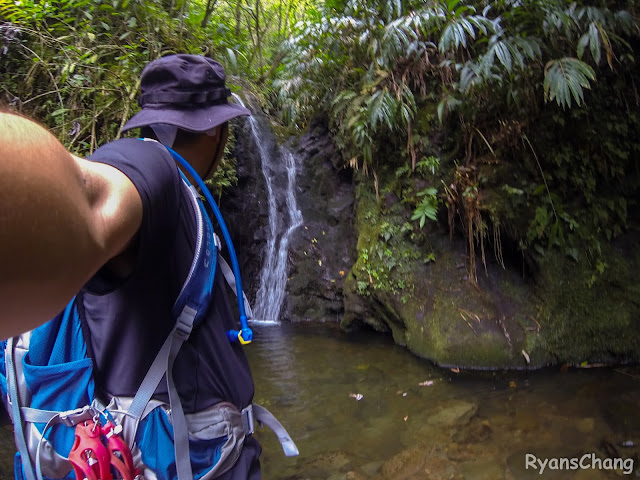