I've been on a 5-6 month hiatus from the climbing gym I used to frequent.  The reason was that the surf was good and I was spending LOTS of time in the water either shooting or bodyboarding some pretty sizeable waves.  But finally I got back into Volcanic Rock Gym and got to climb again.  I thought it'd be an easy task to just start off where I left off; I was wrong.  When I got back I flashed a few V3's and some V2's but as soon as I was done with those few problems I really started to struggle.  Even with V1's!!!  So I definitely have some catching up to do!  They also added a whole new room that I had never even seen before so I'm really excited to get back into the game.  Anyone else want to join? 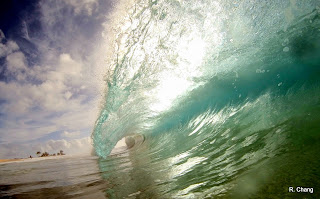 5-6 months of this has been keeping me away from the gym. 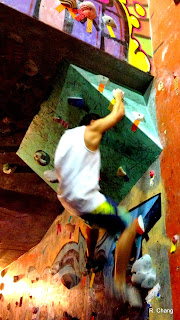 Struggling with a problem. 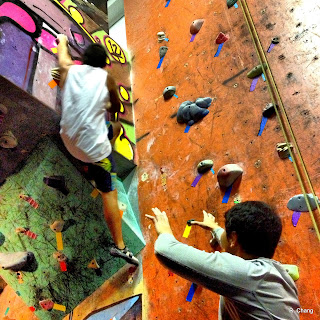 Some encouragement and spotting from Cory Yap 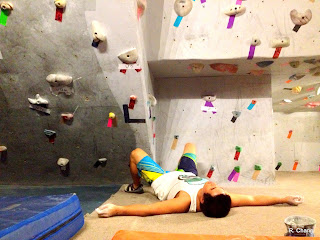 Defeat in the new cave.

Pictures in VRG were taken by Aprille Manzano, Thanks!
Posted by Ryan's Chang at 12:30 AM